When the results of the referendum were announced to reveal that Great Britain would be leaving the EU, it shocked and amazed the public and Government officials alike. This unexpected turn of events was considered problematic, with several knock on effects predicted which could potentially impact society in multiple ways. 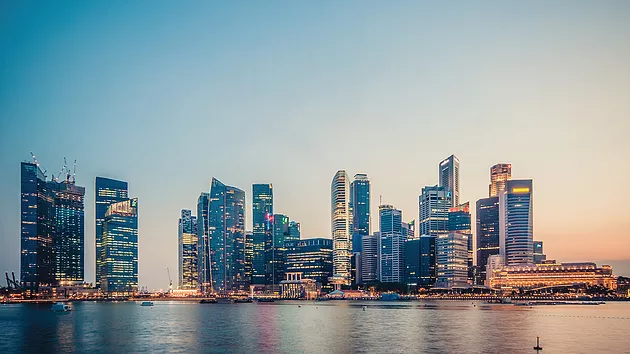 Companies have been devising contingency plans in preparation for Brexit, mostly due to the Prime Minister announcing Britain will not remain in the single market after parting ways with the EU. This is likely to have a knock on effect on the financial sector, especially with regards to London’s financial industry in relation to EU regulation, consequently casting a shadow on the real estate market.

This is arguably one of the most significant changes in the aftermath of the EU, and though the decision to leave has ushered in both challenges and opportunities for the economy, the London real estate market could be affected by the departure of asset management companies and large banks. Despite this, some believe that the impact on prime properties can be contained, but the likely consequence to relocate offices and employees overseas could hurt the British economy.

London will probably remain as one of the most powerful and influential financial centres in Europe, but with international buyers slipping through the net, Britain may lose some of its most affluent foreign inhabitants, additionally brought on by the increase in tax measures for non-domestic residents. This has led to many questioning the benefits of moving to London, but one saving grace for our economy is the devaluation of the pound, which could make real estate in the UK more appealing to prospective international buyers.

It really does appear to be a mixed bag in terms of the real estate market. There are encouraging aspects for international buyers relating to increased value for money, alongside discouraging aspects regarding new taxation laws for foreigners, which have the potential to make people feel unwelcome. The success of London’s prime market going forward is likely to hinge on the strength of the economy following withdrawal from the EU, and after entering a recovery period for the first few years of negotiation, perhaps benefits will be realised in years to come.

Many believe the real estate market will fluctuate in an unpredictable manner, especially the luxury market. Since 2014, prices have dropped in prime areas of London, and perhaps this is partly a fallout from Brexit. In contrast to this drop in value, the medium term forecast suggests a 21% increase in prime central London from 2017 to 2021, in addition to properties outside the area remaining resilient.

Despite there being considerable uncertainty in the property market, many believe positive growth will continue, strengthening property values with time and suggesting a positive outlook for the future. With this being said, there is considerable financial uncertainty surrounding the current climate, and it appears as if we’ll have to wait and see what unfolds. We live in an age where doubt is the viewpoint adopted by most British citizens, and embracing this approach is totally understandable given the unpredictably of events which have unfolded in front of our very eyes.

Brexit Real estate
How is Brexit Changing the Business Environment
Airbnb in London - Should it be regulated?
Comments